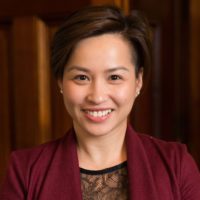 Based in Hong Kong, Alisha Fernando is responsible for driving Bloomberg’s diversity and inclusion strategy across the Asia Pacific region, with a strong focus on implementation of programs and initiatives supporting Bloomberg’s enterprise wide D&I goals, which has won them an award from Human Resources Online for Excellence in Diversity & Inclusion.

She previously spent most of her career at the Australian and New Zealand Banking Group (ANZ), where she served as the firm’s Inclusion Program Manager. Under her leadership, ANZ won the 2017 Business Inclusion award from the Migration Council of Australia for their expanded refugee work placement program.

She was also a recipient of a full scholarship to the Victorian Government of Australia’s 2018 Joan Kirner Young and Emerging Women’s Leadership Program.